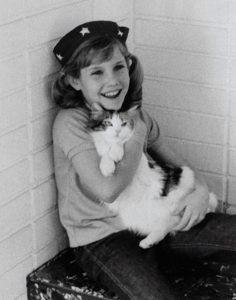 “I am in favor of animal rights as well as human rights. That is the way of a whole human being.” – Abraham Lincoln

“One day the absurdity of the almost universal human belief in the slavery of other animals will be palpable. We shall then have discovered our souls and become worthier of sharing this planet with them.” ― Rev. Dr. Martin Luther King, Jr.

“We must fight against the spirit of unconscious cruelty with which we treat the animals. Animals suffer as much as we do. True humanity does not allow us to impose such sufferings on them. It is our duty to make the whole world recognize it. Until we extend our circle of compassion to all living things, humanity will not find peace.” – Dr. Albert Schweitzer 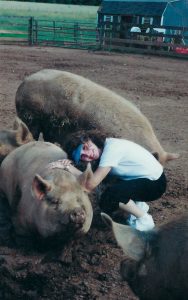 Almost all of us grew up eating meat, wearing leather, and going to circuses and zoos. Many of us bought kittens or puppies at pet shops, kept fish in tanks or birds in cages. We wore wool and silk, munched on hot dogs and egg salad sandwiches, and went fishing. Never did we consider the impact of these actions on the animals involved.

We hear all the time about human rights. The question is often asked, do – or should – animals have rights? The answer is, quite simply, yes! Animals deserve to live their lives free from suffering and exploitation. Way back in the 18th century, Jeremy Bentham, social reformer and founder of the Utilitarian school of moral philosophy, identified the elemental question behind establishing the rights of all beings. “The question,” wrote Bentham, “is not, Can they reason? nor, Can they talk? but, Can they suffer?” Unlike the development of abstract language or the ability to perform higher mathematics, the capacity for suffering is universal. Animals suffer in just the same way and to the same degree as humans do. All of us, human and non-human animals alike, feel pain, pleasure, fear, frustration, loneliness, and maternal love.

Whenever we engage in activity that causes animals to suffer – killing and eating them, imprisoning them in tanks or cages, stripping off their fur and hides to wear, or painting our faces or cleaning our homes with products associated with gruesome animal tests – we violate the rights of animals to live their lives in peace. This is unethical and immoral. What you would not do to a human, it is wrong to do to an animal. Why, then, does human society permit horrors to be perpetrated on animals? Think of the steel jaw leg hold trap and anal electrocutions of fur-bearing animals. Think of pigs living their lives in gestation crates, unable to turn around or touch their own babies. Think of male calves ripped from their mothers, fed an anemic diet, and chained to an igloo in the bitter cold to be slaughtered for veal. Think of fish with 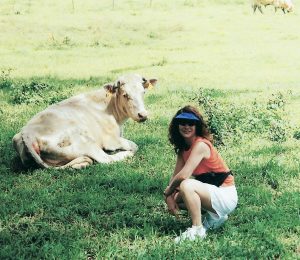 sharp metal hooks in their mouths, pulled from the water to die of suffocation. Think of elephants in a circus being hit and jabbed behind the ears or knees and other sensitive areas with a “bull hook,” a wooden rod with a sharp steel hook at one end. Think of the miserable existence of a dairy cow, artificially inseminated again and again on what the dairy industry calls a “rape rack” in order to provide milk for humans while her own unweaned offspring are taken from her. Think also of the factory farmed chickens packed so tightly in cages that they go crazy and would peck at each other had their sensitive beaks not been cut off with a sharp blade, leaving many unable to eat or drink. Humans have a seemingly limitless capacity to hurt, abuse, and destroy the lives of non-humans. 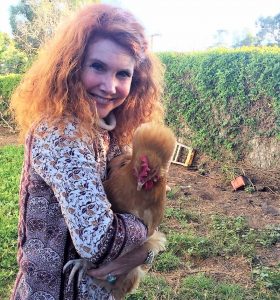 Those who believe in animal rights understand that all sentient beings have an inherent worth, a value separate from their usefulness to humans. We believe that every creature with the will to live has the right to live free from pain and suffering imposed by humans. Animal rights is not just a philosophy, it is a social movement that challenges society’s traditional view that nonhuman animals exist solely for the use and benefit of humans. As PETA founder Ingrid Newkirk has said, “When it comes to pain, love, joy, loneliness, and fear, a rat is a pig is a dog is a boy. Each one values his or her life and fights the knife.”

Only prejudice, arrogance, and a stubborn unwillingness to give up what is comfortable and familiar allows us to deny others the rights that we demand for ourselves. This is wrong. In this season of peace and good will, it’s something to think about.