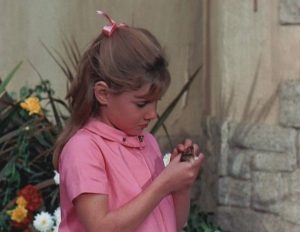 In a 1968 episode of “The Flying Nun,” I played a little girl visiting the Convent San Tanco. In one scene, a tiny baby bird falls from its nest in the convent’s bell tower. The baby’s crying for its mama moves me to near tears. Sally Field’s Sister Bertrille uses her ability to “fly” to return the baby bird safely to its nest.

When I think about birds now I think about the horrific abuse birds – chickens, ducks, and others – endure on egg-laying farms. Egg farms continually breed birds so they have a fresh supply of hens to lay eggs. After two years spending their lives in horribly cramped conditions inside huge warehouses, the chickens stop laying enough eggs to pay for their feed, and they are shipped to the slaughterhouse. 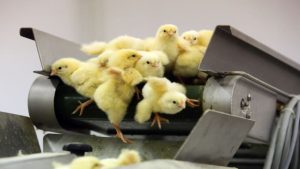 If babies in the hatchery turn out to be males (who, of course, don’t lay eggs), they’re considered useless by-products. Those poor chicks are tossed ALIVE into the trash, crying out for their mothers, or thrown ALIVE into rendering machines to be ground up and used as feed for other animals. 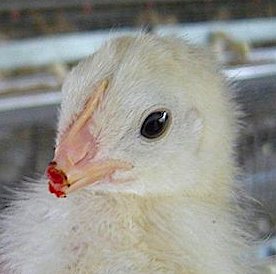 Female chicks have part of their beaks cut off while they’re fully conscious because egg-laying hens are forced to live in such crowded conditions they peck each other. This is why I don’t eat eggs, or any other animals for that matter. Birds such as “broiler” chickens and egg-laying hens live such miserable lives that I simply cannot ethically eat their abused corpses.