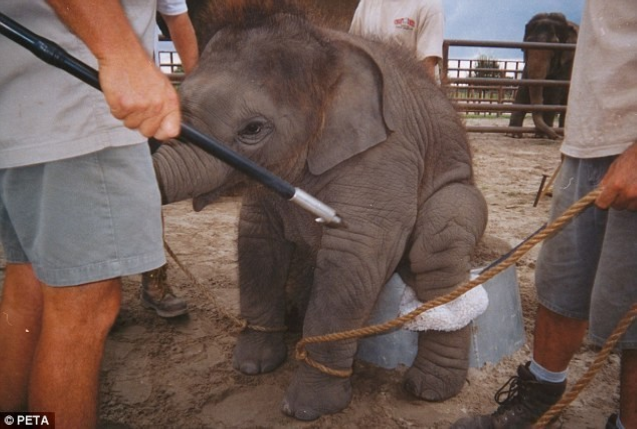 “The circus is coming to town” is a saying that used to bring excitement to small town city  dwellers, but now with the knowledge of what really goes on “behind the big top,” people are thinking twice. Instead of paying money to see the exploitation of animals in circuses, people are choosing “animal free” circuses like Cirque du Soleil and many others who are saying “NO” to the use of  animals in circuses. You see, there’s another side to the story of animals in the circus I’d like to address – animal cruelty.

Consider the elephants. Circuses typically confine these animals with a pair of heavy leg chains front and rear, diagonally opposite. An elephant thus chained cannot even turn in a circle. It’s not unusual for these animals to live in double leg chains all night and day except during performances and when they are on public “display”. Some elephants are kept in a small electrified corral, but even those elephants may spend 10 hours or more a day in double leg chains. Male elephants may have their head and trunk movements   restrained with additional chains. Most of us would be outraged to see a dog tethered in that manner. Yet a wild elephant, or even one born into captivity, has an immense, instinctive need to roam, take mud baths and interact with their own social community. 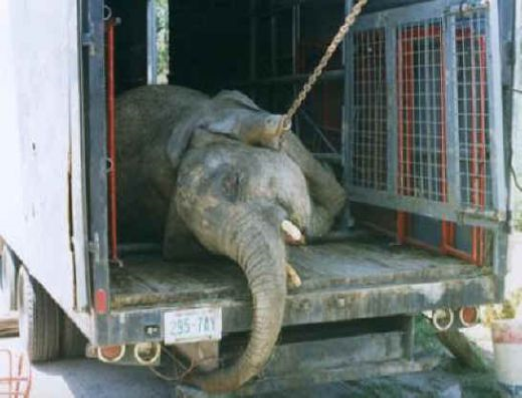 In nature, elephants sleep only four hours a night and can travel up to 80 kilometers a day, but the frustration, boredom, and loneliness of circus confinement creates the motivation for aggression. When I think about the effects of rampaging elephants’ (as has happened in  cities worldwide), I wonder why animal acts have been tolerated for as long as they have. A visit behind the scenes of circuses can be an eye-opener. One sees tigers kept in cages equivalent to what an airline carrier would be for domestic cats (where the tigers can’t even turn around let alone express their natural behaviors), hippos in tiny containers with scarcely six inches of water, and bears with muzzles around their mouths while harnessed onto the backs of horses. Animals in circuses also engage in aberrant, repetitive movements such as pacing and rocking; these are pitiful symptoms of the complete boredom and isolation in a totally unnatural environment. Many circus animal “handlers” don’t really care or, worse yet, go out of their way to abuse animals. 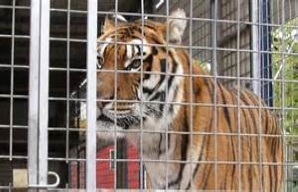 The opportunity to dominate large land mammals like elephants and tigers seems to attract individuals with violent behavior to work as “handlers.” One technique used to dominate an elephant is to wet him down and then repeatedly administer 110-volt shocks to drive the animal to its knees. Not only does this torture and  terrify the animal, it may prematurely age its brain. Another is to strike an elephant repeatedly in their most sensitive areas with a bull hook, a long wooden rod with a sharp metal hook at one end. The “handlers” do this in order to get elephants, who weigh thousands of pounds, to do tricks which are difficult and completely unnatural for them to do. Some circuses say that they train their animals with a “reward system”; this is simply false propaganda meant to soothe an uneducated public.

If we want this world to be a more peaceful and less violent place, if we want to start teaching young children to have compassion and respect for those beings with whom we share the planet yet who are different from us, then we must not take them to places that show these magnificent animals doing stupid and unnatural tricks in ridiculous costumes. This teaches nothing to our children about these animal’s lives or who they truly are and should be. 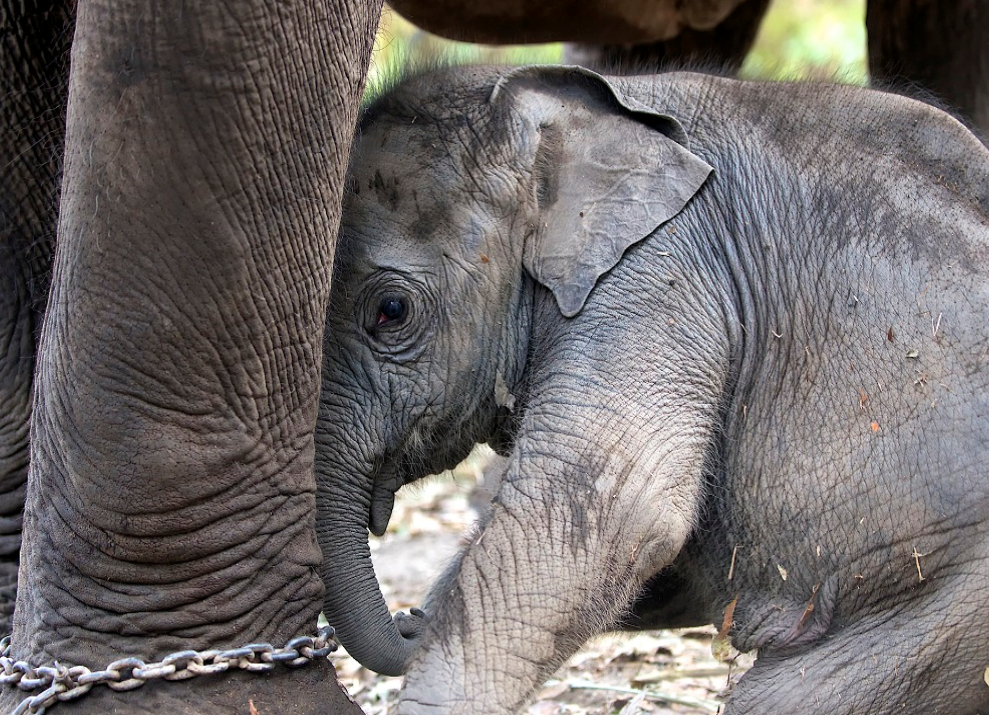 Please teach your children compassion not cruelty and choose circuses that have the  jugglers, clowns, cotton candy and acrobats, but do not contain the animal suffering of those circuses who use animals.