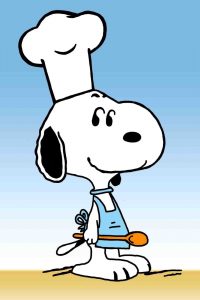 One of the best ways to reduce your environmental impact and live a more sustainable life is to adopt a vegan lifestyle, free of animal products. Animal agriculture has a devastatingly negative impact on the environment from immense water usage, greenhouse gas emissions, deforestation, and ground and water pollution. Around the world, people are increasingly unwilling to support an industry that treats animals in such cruel, inhumane ways, and there’s been a rapid growth in high-quality vegan food products, recreating popular dishes like pizzas and burgers with vegan-friendly ingredients, showing that you can literally have your delicious vegan cake and eat it, too. Reducing meat consumption and replacing popular dishes with plant-based options is a great stepping stone to living a more sustainable, healthy life, for you and the planet. To get you started, here are some of the best vegan food products to keep in your refrigerator. All of them are easily found in most supermarkets. 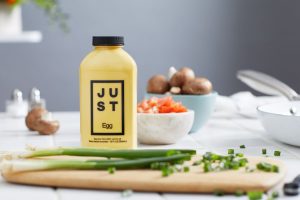 One of the biggest conundrums for non-vegans considering a switch is eggs: So many recipes require them, so many delicious dishes are egg-based, and yet vegans don’t eat eggs due to the exploitative nature in which mass-market eggs are produced. JUST eggs are made from 100% plant-based proteins like mung beans, as well as other vegetables and seasonings like turmeric and carrots to add flavor and natural coloring. Available as a liquid for scrambled eggs or as a folded patty that’s perfect for breakfast sandwiches, the taste and texture are just like actual eggs. And, since JUST Eggs is cholesterol-free, it’s also great for non-vegans looking to cut their cholesterol intake. 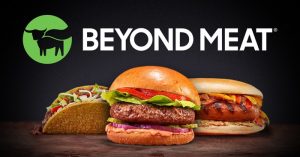 One of the first companies to wake the general public up to the fact that vegan replacements of their favorite meals could actually be good or even better than the real thing, Beyond Meat has continued growing and making an impact since its launch in 2009. The LA-based company focuses on creating vegan-meat products like burger patties, sausages, ground beef, and more, using plant-based “protein, fat, minerals, carbohydrates,” and water to make their faux-meats. Their proteins consist of mung beans, fava beans, peas, and brown rice; fats are sourced from the likes of coconut oil, cocoa butter, and canola oil; minerals like salt, iron, calcium, and potassium chloride are added; and then extracts of beet and apple juice and natural flavors re-create the taste of meat for burgers, meatballs, taco filling, and other vegan dishes. 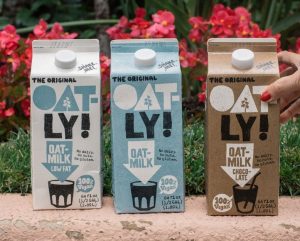 In veganism, milk is a no-go. I enjoyed almond milk until I learned just how much water is used in it’s production. That’s bad for the environment. Now oat milk is my choice. It’s smooth, creamy, and delicious – and I find I like it better than almond milk. There are many oat milk brands out there, but Oatly is consistently touted as the best of the best and has even been given the unofficial-official stamp of approval from people who have to work with and worry about the taste of milk every day: baristas. In fact, baristas are so enamored with Oatly that they even made an Oatly Barista edition, so you know it’s good. 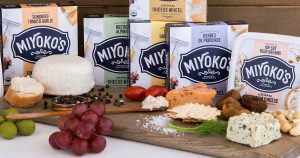 People tell me they could never become vegan because they could never give up cheese! With Miyokos, you don’t have to, and you honestly won’t miss it. There are many excellent plant-based creameries coming to market, but Miyokos rises about the competition with the impeccable flavor and mouthfeel of its imitation-dairy cheeses. The brand also has one of the most diverse product lines around, with the highlight being its line of artisan, European-inspired cheese wheels. Aesthetically pleasing for cheese plates and charcuterie boards alike, the line features classics like herbs de Provence, chive-encrusted, and aged, with the exact smell, taste, and appearance you’d expect from each. Miyokos also makes vegan mozzarella, cream cheese, and butter, and has new, upcoming products like cheddar and pepper jack. 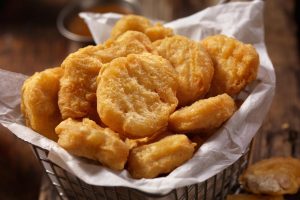 It’s widely known that fast food and mass-produced chicken nuggets are just plain bad for you, and the poor chickens whose meat is used for chicken nuggets are so badly abused and gruesomely slaughtered. Thankfully now there’s Nuggs. These non-chicken nuggets are made using a pea-protein base, along with different ingredients and seasonings to create that perfect crispy coating and tender, chewy interior we all know and love. They certainly look as mouthwatering as any fast-food chain nugget, and the internet raves about the flavor and texture. So “don’t be chicken,” as the brand’s slogan says, try them! 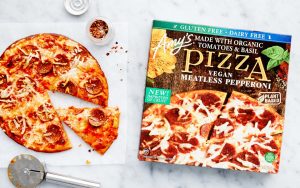 There’s always something from Amy’s Kitchen in my freezer. Amy’s Kitchen was one of the trailblazers of the organic food movement and began making food for the vegetarian, gluten-free, and vegan crowds long before it was a thing. So the company really knows its stuff, especially in the frozen pizza department. So you’re looking for vegan frozen pizzas to have on hand, give one of its ten kinds of vegan pizzas a try. There are classics like plain cheese, margherita, and those loaded with veggies and vegan meats. Amy’s also has lots of other products as well, like burritos, bowls, pastas, and more – check for “vegan” on the package. 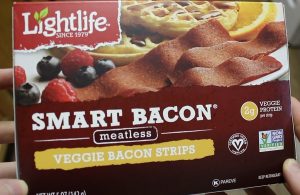 Just because you’re vegan doesn’t mean you can’t have bacon for breakfast or enjoy a mouth-watering BLT for lunch. Making a worthy vegan-bacon that is comparable to the real thing is a lofty goal, but Lightlife, a plant-based meat company, has the formula down. Its Smart Bacon is fantastically crunchy and the bacon flavor is authentic. Plus, as it’s plant-based, it’s so much better for you, with no nitrates and no cholesterol.

Tofu is a staple of any vegan or vegetarian diet; it doesn’t contain any animal products and it’s incredibly versatile, suitable for cooking in a lot of different dishes, so it’s a fantastic meat substitute and addition to soups and salads. 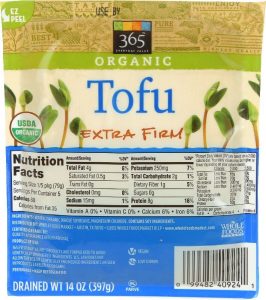