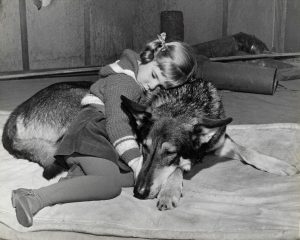 In 1963 I traveled to Canada to act in my first television role. I played Cindy, a little girl who climbs out of the back of her parents’ station wagon to retrieve the teddy bear she dropped. Her parents, unaware she’s missing, drive off leaving Cindy alone in the woods. The tiny girl is ultimately rescued and reunited with her parents thanks to a very special German Shepherd. The show was called The Littlest Hobo, and it was filmed in Vancouver, British Columbia.

Canada is a beautiful country, and home to extraordinary animals like grizzly bears, caribou, bison, and humpback whales. But Canada is also home to the shameful, brutal murder of hundreds of thousands of baby harp seals. It’s the largest mass slaughter of marine mammals in the world. 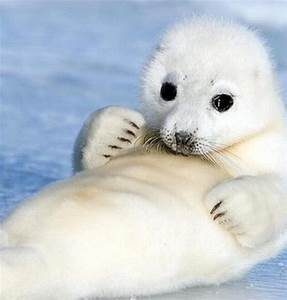 Every spring, soon after the babies are born, seal “hunters” go out onto the ice floes in the waters off Eastern Canada, and bludgeon and hack seal pups to death for their skins. They crack open their tiny skulls with heavy clubs and hack them to death with a type of pickaxe called a hakapik. There is nowhere for the pups to hide and no means of escape. The ice is stained red with the pups’ blood as their mothers bellow and moan pitifully for their slaughtered babies. Not only is the killing savagely brutal, post-mortem surveys show that more than 40% of these helpless white balls of fluff are skinned while they are still 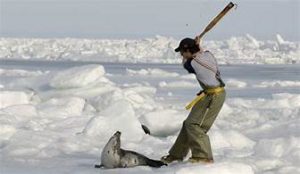 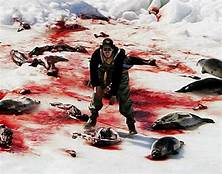 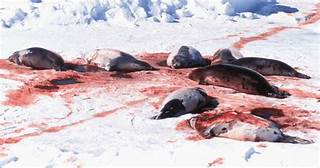