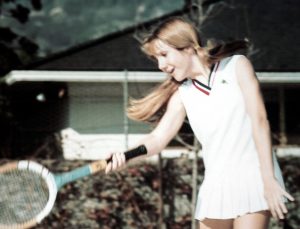 I grew up in a city where millions of people follow sports, watch their favorite teams on TV or in packed stadiums, and participate in recreational sports like golf, swimming, surfing, running, and hiking. During my acting career I had little time for recreation, but I did enjoy playing tennis and even made my high school tennis team.
Sports can be fun and exercise, of course, is good for you. Do you what is not a sport? Hunting. Where is the sport in pursuing an innocent animal then firing a bullet through it from a high-powered rifle or taking it down with a bow and arrow? Real sports involve competition between consenting parties and don’t end with the slaughter of an unwilling participant. Hunting is not a sport, and people who enjoy killing are not sportsmen or sportswomen. The same goes for fishing. 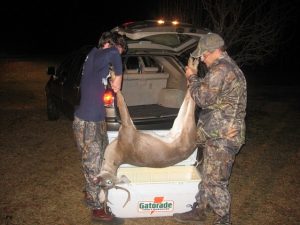 There’s no need in a civilized society for people to hunt. Whether it’s in the mountains and forests of California or on the Serengeti plains, killing for pleasure is evil. The thrill hunters get from murdering innocent animals is utterly beyond my comprehension.

Hunters have invented all sorts of excuses to rationalize their bloody hobby. Spare us the effort  – killing has no justification. Hunting has nothing to do with “conservation” or “population control;” nature has handled those matters quite well for millions of years without the “help” of humans. In nature, most animal populations are self-regulating – when food is scarce, those animals don’t reproduce. Left alone by humans, the delicate balance of nature’s ecosystems ensures the survival of most species. 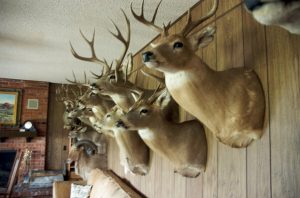 Few things are uglier than the head or other body parts of a noble animal hacked off and hung on a wall or over a mantel. For their “trophies,” hunters typically seek out the largest, most robust animals, those needed to keep their species’ gene pool strong. “Trophy hunting” weakens the rest of the species’ population. Elephant poaching is believed to have increased the number of tuskless animals in Africa, while in Canada, hunting has caused the horn size of the bighorn sheep to fall by 25% over the last 40 years. Nature magazine reports “the effect on the populations’ genetics is probably deeper.”

Quick kills are rare in hunting, and many animals suffer prolonged, painful deaths when hunters severely injure but fail to kill them. Hunting also disrupts migration and hibernation patterns and destroys families. For animals such as wolves and geese, who mate for life and live in close-knit family units, hunting can devastate entire communities. 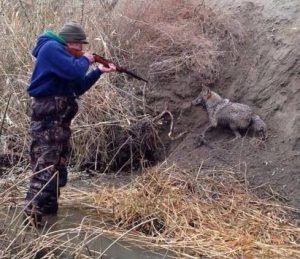 The fear and the inescapable, earsplitting noises from gunfire and other commotion that hunters create cause hunted animals to suffer tremendous stress. This severely compromises their routine and their eating habits, making it hard for them to store the fat and energy that they need to survive the winter. Loud noises can also disrupt mating rituals and can cause parent animals to flee their dens and nests, leaving their young vulnerable to natural predators. When animals are killed, families are broken up, leaving the young to perish of starvation, exposure, or attacks by other animals.

Hunters likewise often accidentally injure and kill animals other those they’re hunting, including horses, cows, dogs, and cats.  Dogs used for hunting are often kept chained or penned up when they’re not hunting, and much their lives are spent in miserable conditions. 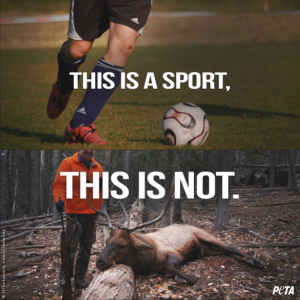 Those who wish only to enjoy our country’s vanishing wilderness and the beauty of nature are often forced to share wildlife refuges, national forests, state parks, and other public lands with armed individuals on the hunt for animals to kill. Forty percent of hunting in the United States is conducted on public lands, at the cost of millions of dead animals every year. Most federal and state agencies charged with managing wildlife refuges, national forests, state parks, and other public lands are funded in part by the sale of hunting and fishing licenses and hunting tourism, and agencies now go out of their way to encourage these activities rather than regulate or police them. In fact, wildlife departments often kill majestic predators, such as wolves, bears, and coyotes, to increase the elk, caribou, and deer population in certain areas so hunters will have more of those animals to gun down. Talk about upsetting the balance of nature.

Before you support a “wildlife” or “conservation” group, ask first about its position on hunting. Some groups, including the National Wildlife Federation, the National Audubon Society, the Sierra Club, the Izaak Walton League, the Wilderness Society, and the World Wildlife Fund are either in favor of “sport” hunting or make no effort to oppose it. People who care about animals shouldn’t give a dime to organizations who see nothing wrong in killing them.
Peace for ALL the animals with whom we share the planet!