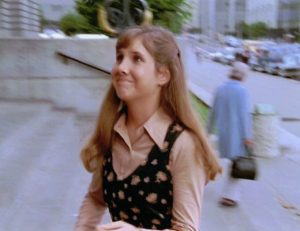 A candid photo from 1975, taken on the steps of City Hall while shooting on location for the police drama The Streets of San Francisco. San Francisco is a beautiful city. I’ve been there many times. Soon the city will be even more beautiful when the ban on the sale of fur takes effect on January 1, 2019. San Francisco joins a growing list of cities across America that are banning the products of a cruel and bloodthirsty trade.

Priscilla Feral is a longtime friend and President of Friends of Animals. This past week, Priscilla published an op-ed piece in the New York Daily News calling on the nation’s fashion capital to join the ban. Priscilla and I agree it’s about time.

Torture goes out of fashion: Momentum builds for a ban on NYC fur sales

New York City prides itself on being a fashion capital, with designers who create the most innovative looks on the world’s stage. Now it’s time for the city to truly become fashion forward — to take its lead from powerhouse designers such as Stella McCartney and Michael Kors, and cities such as San Francisco, Berkeley, and West Hollywood, all of which are making the most important fashion statement of all by banning the sales of fur.

Furs is not fashion. Compassion is. More than 60% of Americans find killing animals for fur amounts to cruelty, according to an Angus Reid survey.

The signs that fur is over are everywhere.

Not only have McCartney and Kors shunned fur, as have Gucci and Versace, but so have New York City-based fashion houses Ralph Lauren and Calvin Klein and Hugo Boss.

Manhattan’s fur district has steadily declined. Where 450 fur factories once operated, now just a handful do – evidence that society’s desire for a product that depends on the slaughter and suffering of 50 million animals a year has waned. It’s been six years since an essay about the district’s demise was headlined “Last of the Furriers.” That is nothing to lament. 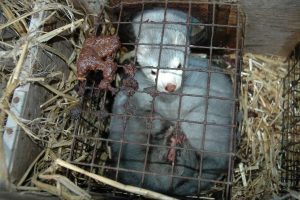 Fur is not only cruel to animals, but its production is toxic. Each mink skinned by fur farmers produces about 44 pounds of feces, which adds up to 1 million pounds produced annually by mink farms. Fur farm byproducts can leach into waterways.

Meanwhile, vegan fashion is in vogue. Faux fur revenues reached $250 million in 2010, with a predicted growth rate of 30% a year. And buyers are turning to cruelty-free fashion with gusto.

Why then should the city continue to prop up a declining, polluting, cruel industry? Neither the federal government nor the state of New York has regulated the sale of fur products except for the sale of dog and cat fur, which is generally prohibited under federal law.

Until the federal or state government decides to regulate the sale of fur products from other animals commonly used in the fashion and apparel industries, New York City is free to limit the sale and distribution of these products. 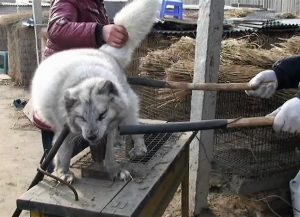 Thus, we have proposed City Council legislation to amend the administrative code of the city of New York in order to prohibit the sale, offering for sale, display for sale, trade, gifting, donation, or other distribution of an animal fur product. We have already spoken to several Council members who are supportive and expect to introduce legislation this fall.

Critics might say New York City will lose money. But there are a variety of immoral ways to earn revenues – and we should always shun them. 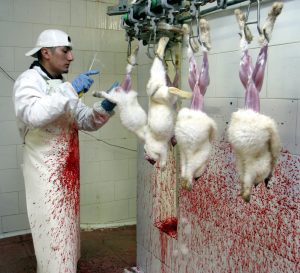 As San Francisco noted in its fur ban legislation: “The sale of fur products in San Francisco is inconsistent with the City’s ethos of treating all living beings, humans and animals alike, with kindness.”

The New York City Economic Development Corp., in its Fashion NYC2020 study, called on the city to become a hub of fashion-industry innovation. A fur ban gives designers and retailers in the city this very opportunity to be leaders in vegan fashion, build a commitment to protecting the environment, and send a message that animal suffering and slaughter for the sake of expensive clothing – only affordable to the 1% percent anyway – is over.