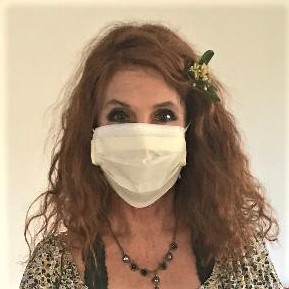 In the spring of 1971 I shut down the production of the TV movie “The Forgotten Man” for three days by coming down with the stomach flu, and once I filmed a Barbie commercial when I was sick, throwing up between every take. I suffered a bit then, but those illnesses were not that serious. Amid the global outbreak of the very serious COVID-19 virus, I am doing what I can to stay safe by washing my hands, social distancing, and relying only on credible scientific sources for the truthful information and advisories. I hope you all are doing the same. 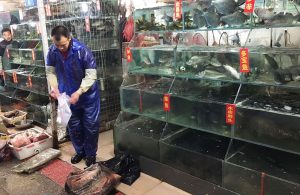 The source of the outbreak is believed to be a wet market in Wuhan, China. In a wet market, all kinds of animals, live and dead, are for sale. Fish packed into shallow tubs splash water all over the floor. The floors and counter tops of stalls are slick and red with the blood of animals, killed, skinned and gutted as customers watch. Live turtles and crustaceans climb over each other in desperate bids to escape filthy plastic boxes. Birds and mammals scream. Sick and wounded animals crammed into small cages stacked high drip blood, pus, feces, and urine onto other animals in cages below. In the eyes of all of them there is misery and terror. Water, blood, fish scales and animal guts are everywhere. Melting ice adds to the slush on the floor. As the name implies, things are very wet at the wet market. 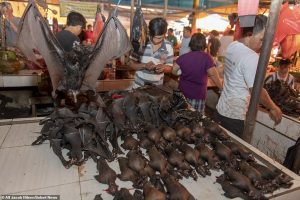 While wet markets can be found in many countries in Asia, Africa, and Latin America, researchers of zoonotic diseases — diseases that jump from animals to humans – pinpoint the wet markets in mainland China as particularly problematic for several reasons. First, these markets often have many different kinds of animals – some wild, some domesticated but not necessarily native to that part of Asia. Many of the customers who visit these markets have developed a pretentious taste for exotic animals – including dogs, bats, pangolins, African serval cats, fennec foxes from the Sahara, marmosets from South America, blue-tongued lizards, iguanas, monkeys, Australian cockatoos, African meerkats, ferrets, rare tortoises, porcupines, snakes and skunks. 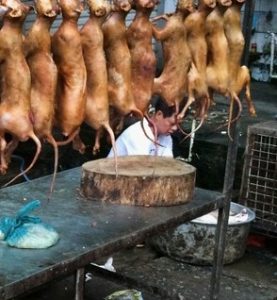 These rare and beautiful animals can be found at wet markets side by side with pigs, sheep, and chickens waiting to be killed and disemboweled or boiled alive before being eaten. The stress of captivity and imminent death in these chaotic markets weakens the animals’ immune systems and creates an environment where viruses from different species can mingle, swap bits of their genetic code and spread from one species to another, according to biologists and epidemiologists. When that happens, a new strain of virus gets a foothold in humans and an outbreak like this current coronavirus erupts.

China closed over 20,000 wet markets in February, but markets being run by crime syndicates are still selling animals across Asia with impunity. These places of filth and death as well as hotbeds for disease are still operating in Thailand, Indonesia, Laos, Cambodia and Burma, where millions of dollars are being made in the shipping and trading of “exotic meat” and wildlife. These and all wet markets are a time bomb of coronavirus risk. 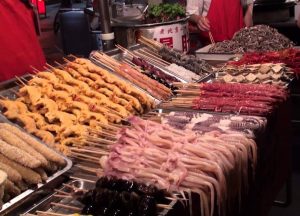 For years, scientists have warned that filthy markets crammed full of sick animals are breeding grounds for new, antibiotic-resistant “superbugs.” Some studies claim that by 2050, more people will be dying from antibiotic-resistant diseases than from cancer. What the world is witnessing in horror in 2020 may be someday be common. If we want to stop the next pandemic, there’s going to have to be truly a global attempt to shut these markets down.

The United Nations has found that 70% of new human diseases were directly linked to animals used for food. The World Health Organization has concluded that the consumption of processed meat contributes to the development of cancer. Research as shown that a diet free of animal products dramatically reduces the risk of many chronic degenerative diseases and conditions, including heart disease, cancer, obesity, hypertension, and type 2 diabetes. In other words, a vegan diet is not only better for human health but for the health and survival of animals. 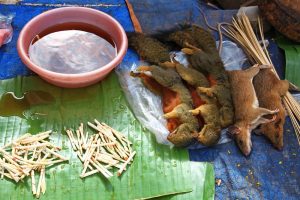 Deadly viruses, devastating forest fires, accelerating climate change – the farming and eating of animals has apocalyptic consequences. Friends of the meat industry and deniers with motives of their own will claim otherwise, but the truth is, we cannot expect to continue living on planet Earth if we continue to eat animals. It’s really that simple: saving human lives comes down to saving animal lives. The easiest thing that you can do for your own health and the world we live in is to go vegan right now and persuade everyone you know to do the same.

An urgent reminder: Pets CANNOT contract COVID-19 or give it to you; don’t dump your animal companions at shelters where they will be killed.

Peace to all the animals with whom we share this planet.