Good news for all animals and compassionate humans! Last week, fashion retail giant PVH Corp.—the parent company of Tommy Hilfiger, Calvin Klein, and Van Heusen, among other brands—announced that it is banning exotic animal skins across all its brands. PVH’s decision will save countless snakes, alligators, crocodiles, ostriches, and other animals from being warehoused and killed for their skin.

Every animal skin purse, belt, or shoe made is the product of a violent, bloody, and painful death. In the exotic animal skin trade, alligators’ necks are hacked open and metal rods are shoved into their heads; snakes are pumped full of water to loosen their skin, which is then peeled off, often while they’re still conscious; and feathers are yanked out of ostriches while they’re still alive. 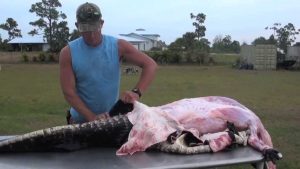 Animals raised for their skin are kept in squalid, severely crowded conditions on farms, which create a major breeding ground for a wide of range of zoonotic pathogens like salmonella, E. coli, and even coronavirus. Banning the harvest and use of animal skins will not only spare much suffering and encourage consumers to shop high-quality vegan materials but also has the potential to help stop the next pandemic before it starts.

Alligators are social animals and use a range of bellows, growls, hisses, and roars to communicate with each other. They make great mothers, too, and are known to use tools. One of the biggest misconceptions people have about alligators is that they will chase and hunt humans. Generally, when alligators spot humans, they’re likely to swim away (if near water) or avoid confrontation. When they’re not killed for boots and fashion accessories, they can live for up to 50 years. 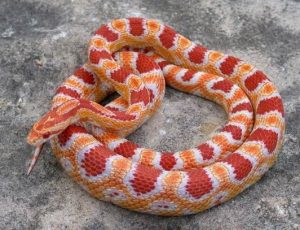 Snakes are generally shy animals and not looking for humans to bite. Caught asleep or off-guard by a human walking by, a snake will seek first to escape. If its path is blocked or the human makes what looks to the snake like aggressive moves, it will defend itself. Wouldn’t you? Many snakes have colorful striped or patterned skins, beautiful to look at in nature, but sad and cruel to see on someone’s boots or belt. 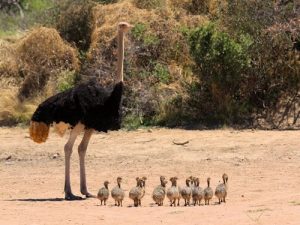 It took ten years of urging and action from PETA and other animal rights activists to persuade PVH to choose compassion over cruelty and join the ranks of Brooks Brothers, Jil Sander, Chanel, Diane von Furstenberg, HUGO BOSS, Victoria Beckham, Vivienne Westwood, and many others in banning exotic skins. A spokesperson for PVH Corp. said the move is part of the brand’s “long-term strategy to drive fashion forward for good.”

No animal should be raised or captured to be killed to use its skin, fur, hair, feathers, or shell.