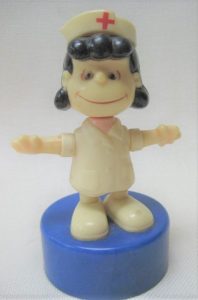 Millions of people suffer from painful and swollen joints associated with arthritis. In the past, many doctors told arthritis patients that dietary changes would not help them. However, this conclusion was based on older research with diets that included dairy products, oil, poultry, or meat. New research shows that foods may be a more frequent contributor to arthritis than is commonly recognized. It is clear that, at least for some people, a healthier menu is the answer.

Arthritis is actually a group of different diseases. Osteoarthritis is a gradual loss of cartilage and overgrowth of bone in the joints, especially the knees, hips, spine, and fingertips. At least 85 percent of the population above the age of 70 has osteoarthritis, which seems to be the result of accumulated wear and tear. Although it can cause painful episodes, it is characterized by only transient stiffness and does not cause major interference with the use of the hands.

Rheumatoid arthritis, which affects over 2 million people, is a more aggressive form of the disease. It causes painful, inflamed joints, which sometimes become damaged. Rheumatoid arthritis is one of medicine’s mysteries. There were no medical reports of the disease until the early 1800s. Some have suspected that a virus or bacterium may play a role, perhaps by setting off an autoimmune reaction. Genetics may also be a factor, in that it may influence susceptibility to the disease.

For years people have suspected that foods are an important factor in the development of rheumatoid arthritis. Many notice an improvement in their condition when they avoid dairy products, citrus fruits, tomatoes, eggplant and certain other foods. One survey of over one thousand arthritis patients revealed that the foods most commonly believed to worsen the condition were red meat, sugar, fats, salt, caffeine, and nightshade plants (e.g., tomatoes, eggplant). Once the offending food is eliminated completely, improvement usually comes within a few weeks. Dairy foods are probably the principle offender, and the problem is the dairy protein, rather than the fat, so skim products are as much a problem as whole milk.

An increasing volume of research shows that certain dietary changes do in fact help. For example, polyunsaturated oils and omega-3 supplements have a mild beneficial effect, and researchers have found that vegan diets are beneficial. Several studies have also shown that supervised fasting can be helpful.

Vegan diets dramatically reduce the overall amount of fat in the diet, and alter the composition of fats. This in turn can affect the immune processes that influence arthritis. The omega-3 fatty acids in vegetables may be a key factor, along with the near absence of saturated fat. The fact that patients also lose weight on a vegan diet contributes to the improvement.

In addition, vegetables are rich in antioxidants, which can neutralize free radicals. Oxygen free radicals attack many parts of the body and contribute to heart disease and cancer, and intensify the aging processes generally, including of the joints.

Iron acts as a catalyst, encouraging the production of these dangerous molecules. Vitamins C and E, which are plentiful in a diet made of vegetables and grains, help neutralize free radicals. Meats supply an overload of iron, no vitamin C, and very little vitamin E, whereas vegetables contain more controlled amounts of iron, and generous quantities of antioxidant vitamins.

As well as being helpful in preventing arthritis, antioxidants may also have a role in reducing its symptoms. Some arthritis treatments, including non-steroidal anti-inflammatory drugs, work at least in part by neutralizing free radicals. For the most part, however, vitamins and other antioxidants will be of more use in preventing damage before it occurs, rather than in treating an inflamed joint.

A vegan diet, drawn from fruits, vegetables, grains, and beans, can be helpful in preventing and, in come cases, ameliorating arthritis.