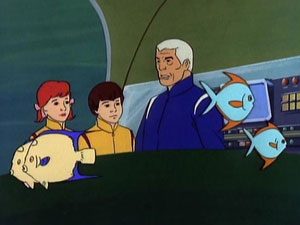 In the Hanna-Barbera animated series, Sealab 2020, my character Sali lived in an underwater research station commanded by her father, Captain Murphy. Sali – and those who watched the show – learned about the ecology of the earth’s oceans and the interconnectedness of life on land and in the sea. Sali understood that aquatic animals were intelligent, social beings in the same way land animals are.

There are a lot of people who have stopped eating meat and dairy for health reasons as well as for the horrific cruelty and suffering the animals experience.  Many of these same people, however, still eat fish; they call themselves pescatarians. They believe that by eating sea animals like fish, they are not causing any suffering.

I’ve never understood why people think sea animals don’t feel pain. Maybe because they look so different from us land mammals, and they live underwater so we don’t see them as often. The only time many people see them is when their flesh is delivered on a plate.

Even before I was vegan I didn’t like eating sea animals. I had seen them on fishing boats when I was a young girl. I’d see them flopping around violently, their eyes open wide, their gills gasping for air. So, for all those pescatarians out there, here is some valuable information to educate you about the truth regarding fish and how science is proving they certainly feel pain.

Like the animals many people share their homes with, fish are individuals who have their own unique personalities. Dive guides have been known to name friendly fish who follow divers around and enjoy being petted, just as dogs and cats do. 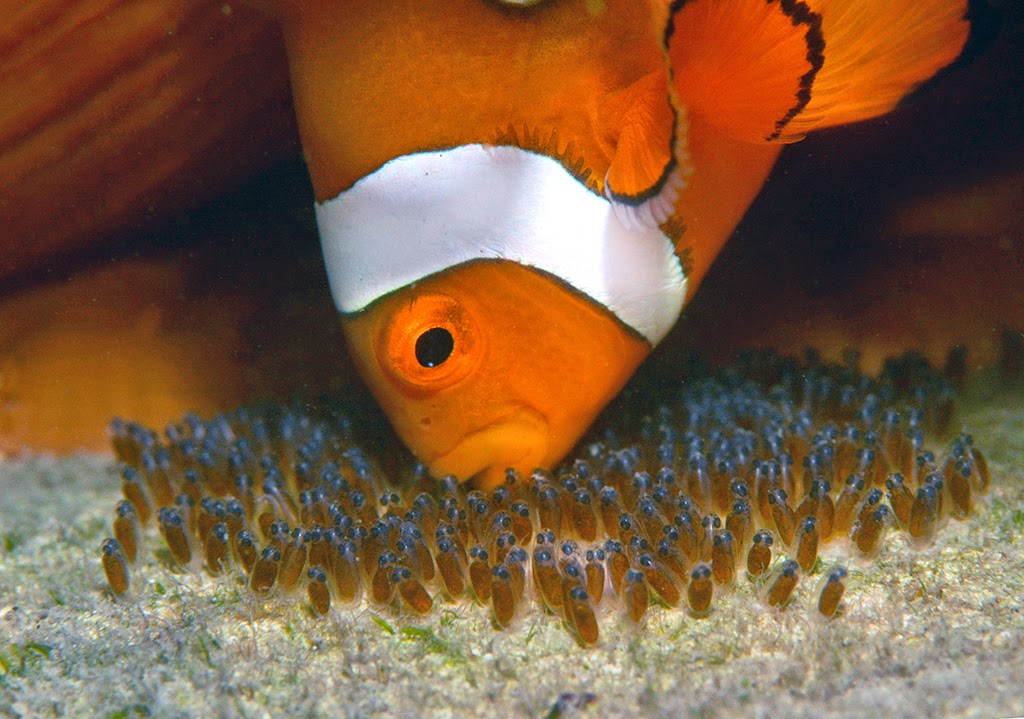 According to Culum Brown, a researcher at Macquarie University in Sydney, “Fish are more intelligent than they appear. In many areas, such as memory, their cognitive powers match those of ‘higher’ vertebrates.”

In Fish and Fisheries, biologists wrote that fish are “steeped in social intelligence, exhibiting stable cultural traditions, and cooperating to inspect predators and catch food.” According to Dr. Jens Krause of the University of Leeds, while some fish live in large hierarchical societies and others have smaller family units, all rely on these “social aggregations,” which “act as an information center where fish can exchange information with each other.”

Fish such as sharks, tuna and others have demonstrated intelligence, curiosity, playfulness, the ability to learn through trial and error, and the ability to maintain social networks.

Scientists have learned that fish feel pain and suffer like any other animal. They just don’t have the vocal cords to scream.  Fish communicate through a range of low-frequency sounds—similar to buzzes and clicks. These sounds, most of which are only audible to humans with the use of special instruments, communicate emotional states such as alarm or delight and help with courtship.

While fish do not always express pain and suffering in ways that humans can easily recognize, scientific reports from around the world substantiate the fact that fish feel pain. Researchers from Edinburgh and Glasgow universities studied the pain receptors in fish and found that they were strikingly similar to mammals.

Hooked fish struggle because of fear and physical pain 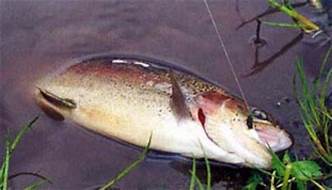 Once fish are taken out of their natural environment and pulled into ours, they begin to suffocate. Their gills often collapse, and their swim bladders rupture because of the sudden change in pressure;  their eyes bug out and since they can’t breathe outside the water, they flop around violently gasping until they succumb. If they are released or somehow escape back into the water, the hooks stay inside their mouths preventing them from feeding and die of starvation.

Today, many fish are raised on fish farms—crowded, waste-filled pools where they’re packed so tightly together they can barely move. At processing plants, they’re often skinned alive and cut into pieces while still fully conscious. Even wild-caught fish endure a miserable death, which can take up to half an hour as they slowly suffocate or are crushed beneath other fish.

Many trout streams are so intensively fished that they are subject to catch-and-release regulations, requiring that all fish caught be released; the aquatic animals in these streams are likely to spend their short lives being repeatedly traumatized and injured.  Biologist Ralph Manns points out that fish such as bass are territorial, and once they are caught and released, these fish may be unable to find their homes and “be fated to wander aimlessly.”

The Florida Fish and Wildlife Conservation Commission reports that discarded monofilament fishing line is the number one killer of adult brown pelicans, although one Audubon biologist says that “[p]retty much every type of water or shore bird can get caught up in fishing line …. We find dead cormorants, anhingas, herons, egrets, roseate spoonbills … you name it.” Ospreys sometimes use discarded fishing line in their nests, and both parents and their young have been found entangled in it or impaled on fishing hooks. Dolphins have also died from asphyxiation after choking on fish who had tackle still attached.

Commercial fishers use vast factory-style trawlers the size of football fields to catch fish. Miles-long nets stretch across the ocean, capturing everyone in their path. These boats haul up tens of thousands of fish in one load, keeping the most profitable and dumping other animals (such as rays, dolphins, and crabs) back into the ocean. Fish are scraped raw from rubbing against the rocks and debris that are caught in the nets with them. Then they bleed or suffocate to death on the decks of the ships, gasping for oxygen and suffering for as long as 24 hours. Millions of tons of fish who are considered to be “undersized” are left to die on the decks or are tossed back into the ocean, where they usually die soon afterward. 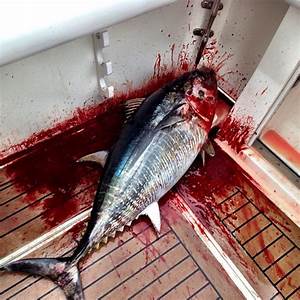 Some fishing boats use gill nets, which ensnare every animal they catch, and fish are mutilated when they are extracted from the nets. These kinds of nets are believed to be responsible for the majority of incidents involving the accidental netting and death of hundreds of thousands of marine mammals over decades of use.

The National Oceanic and Atmospheric Administration reported 71 cases of whale entanglement off the Coast of California in 2016, the highest total recorded in the area since NOAA started keeping records in 1982.

Overfishing is threatening shark populations, too, with more than 100 million killed every year. One underwater photographer says that when he works off the north coast of New South Wales, he finds that “almost every second grey nurse shark … has a hook hanging out of its mouth, with a bit of trailing line following it.” Many sharks are the victims of “finning,” in which fishers catch sharks, haul them on deck, hack off their fins (for expensive shark fin soup), and toss the maimed, helpless animals back into the ocean to die in agony.

Eating fish is hazardous to your health 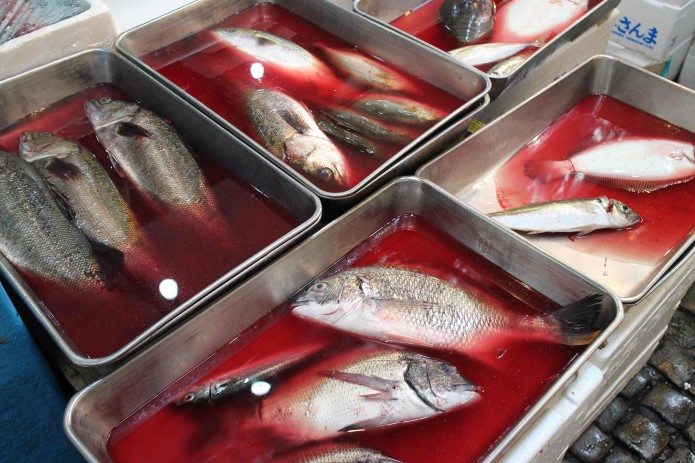 Like the flesh of other animals, the flesh of sea animals contains excessive amounts of protein, fat and especially cholesterol.

The flesh of fish (including shellfish) can accumulate extremely high levels of carcinogenic chemical residues, such as polychlorinated biphenyls (PCBs), thousands of times higher than that of the water they live in. A study of the nation’s freshwater waterways concluded that one in four fish is contaminated with levels of mercury that exceed government standards for safety.

The New England Journal of Medicine asserts that fish “are the main if not the only source of methyl mercury,” which has been linked to cardiovascular disease, fetal brain damage, blindness, deafness, and problems with motor skills, language, and attention span.

After an analysis of Food and Drug Administration (FDA) data on canned tuna, Consumer Reports cautioned that cans of tuna “especially white, tend to be high in mercury.”

So, when people you know say “I’m a pescatarian, I only eat fish,” you might want to point out that not only do fish feel pain, they suffer and die in agony like any other animal raised for food. You can also tell them that eating fish is completely unnecessary. You can get all the protein you need from a low-fat vegan diet (look at elephants!) Plus, there is zero cholesterol in a vegan diet. We human animals make more than enough cholesterol in our own livers, we certainly don’t need to ingest the cholesterol made in the livers of the animals being consumed. 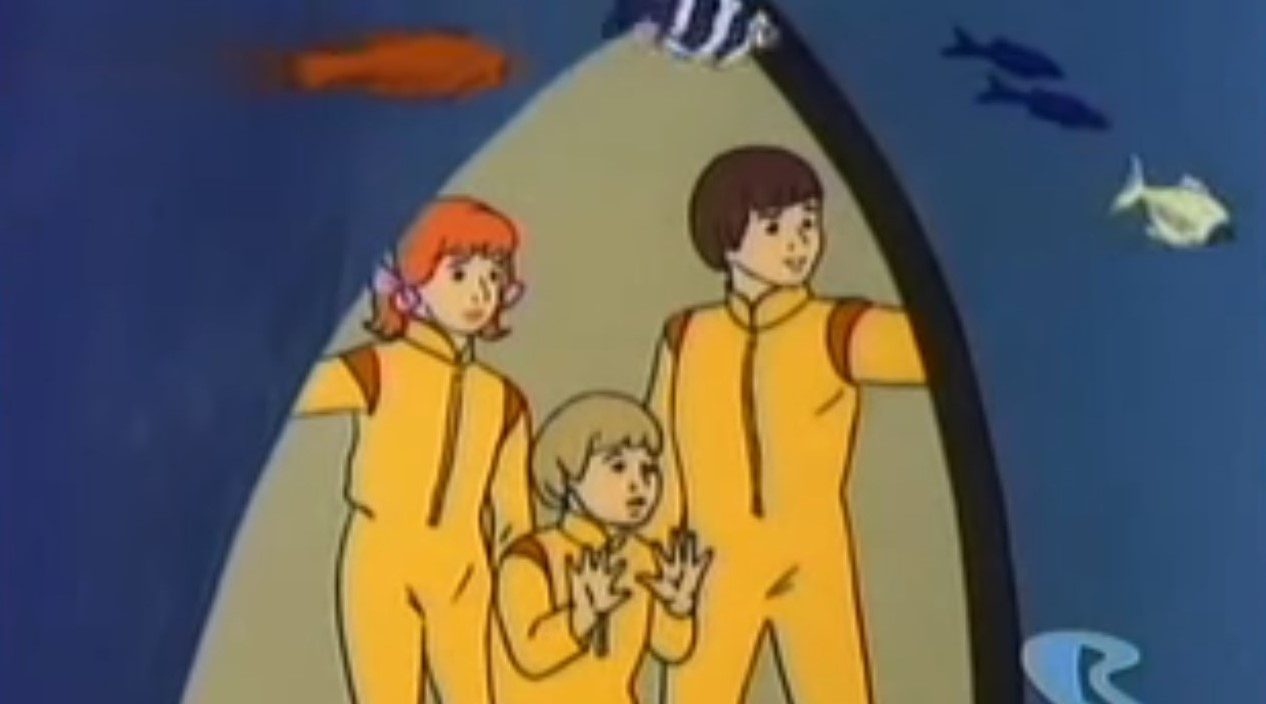