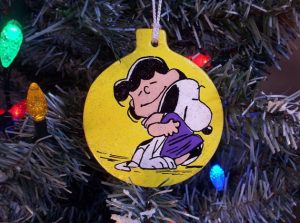 Holiday gift-giving season is here again. One popular choice for gift donations in recent years are programs that send live farm animals as “gifts,” ostensibly to help alleviate hunger and poverty in low-income countries. The sad reality is that animal gifting helps no one but the organizations that sponsor them. Organizations such as Heifer International would like you to think your donation gives a lift to impoverished peoples around the world. In truth, your donation is more likely to cause considerable harm.

10 REASONS TO SAY NO TO ANIMAL GIFTING HUNGER RELIEF ORGANIZATIONS

75% of the world – and 90% of Asian and African populations – is lactose-intolerant. Increased dairy production is frequently touted as one of the greatest successes of animal gifting programs. But, in reality, both small- and large-scale dairy programs negatively affect the health, well-being, and productivity of people in lactose intolerant populations.

Lactose intolerance occurs when there is not enough of an enzyme called lactase. The result is widespread digestive ills such as stomach pain, gas, bloating, cramps, diarrhea, and even vomiting. Consuming milk from other animals is also associated with allergies, asthma, and a host of autoimmune disorders. Most mammals (including humans) become lactose intolerant after weaning. Milk is very specifically created for infants, not adults. Furthermore, there is no need for humans to consume the milk of other animals. Logically, this makes perfect sense but rarely is it fully considered. The resources used to produce dairy ought to be spent on alternatives that provide a higher quality and quantity of calories, protein and calcium.

While animal gifting programs seem to focus on small-scale farming, they have extremely large-scale implications that pave the way for factory farming, and exponentially increase consumption of meat, dairy and eggs throughout entire countries and beyond.

For example, Heifer International is largely considered responsible for the kick-off of industrialized dairy in Japan after World War II. Heifer International boasts that their projects produced 3.6 million gallons of milk in one year in Uganda, and developed a national dairy program in Tanzania. These massive programs were developed despite the fact that 90% of Asian and African populations are lactose intolerant.

Instead of using precious food, water, topsoil, and massive amounts of land and energy to raise livestock, countries like Ethiopia, for instance, could grow teff, an ancient and extremely nutritious grain grown in that country for the past 20,000 to 30,000 years. Teff is very high in protein, with an excellent amino acid profile, and is high in fiber and calcium – one cup of teff provides more calcium than a cup of milk – and is a rich source of boron, copper, phosphorus, zinc, and iron. Researchers have found that teff can be grown by farmers at a yield of 2,000 to 3,000 pounds per acre, with more sustainable growing techniques employed and no water irrigation. Teff has been shown to grow well in water-stressed areas and it is pest resistant.

Many recipients of animal gifting programs struggle to provide even the most basic care to the animals they receive. Animals do not magically produce milk and meat or just “live off the land” by grazing (see below). Animals must be provided food and water in areas where these resources are already scarce, and many of the animals Heifer International gives to impoverished populations care of unaware donors wind up suffering from neglect, dehydration, lack of shelter from temperature extremes, and starvation.

Animal gifting organizations such as Heifer International promote inherently water-intensive animal farming, even in areas identified as water-scarce. Raising animals for food requires up to 10 times more water than growing crops for direct consumption. Additionally, in many arid communities, water is only available from a communal well or reservoir, in which case hydrating animals is a labor-intensive process for adults and children who must travel by foot and can only carry so much. Because of this, hundreds of thousands of animals die a slow death from dehydration.

Initiatives such as micro-irrigation (or drip irrigation) projects for growing crops are far more sustainable and ecologically sound. With micro-irrigation, crops can be grown year-round, harvesting rainwater and precisely redistributing it, and supplying families with sources of food as well as income from surplus harvest. Some families in impoverished countries whose animals have died from dehydration and malnutrition have begun growing crops instead and experiencing food security, better nutrition, and access to healthcare and education from the resulting steady income.

The World Land Trust calls animal gifting programs “madness… environmentally unsound and economically disastrous….” WLT concludes that “now that the grave consequences of introducing large numbers of goats and other animals into fragile, arid environments is well documented, it is grossly irresponsible … to continue with these schemes … as a means of raising quick money for charities over the Christmas season.”

Sean O’Neill of the Times of London explains that animal gifting organizations like Heifer International and similar organizations spend exorbitant amounts of money on colorful, glossy catalogs with pictures of cute children hugging and kissing animals wearing Christmas hats along with promises of helping the poor in developing countries, when in fact they do the exact opposite. Children who allegedly benefit from animal gifts are frequently taken out of school to tend to animals. Ultimately, most of their animal “friends” will suffer painful deaths due to disease, dehydration and slaughter.

Heifer International and similar organizations want their donors to believe that gift recipients and their animals are happy, but they are far from it.  Many gifted animals suffer from confinement, neglect, malnutrition, and lack of protection from weather and temperature extremes. Animals also endure horrific slaughter processes and long-distance transport where they are literally forced to lie down and tied with heavy rope so they can’t get up and die miserable deaths during transport.

According to Animal Nepal founder, Lucia DeVries, “I have been sending letters to Dutch agencies to stop this kind of program for yet another reason: the animals are generally slaughtered in an inhumane manner. In Nepal, for instance, there is only one slaughterhouse, in the capital, Katmandu. This means that virtually all livestock are killed with the often not-too-sharp-knife of rural butchers, causing much suffering to the animal and possibly to the butcher. I’ve met quite a few people who lost fingers while trying to kill a goat.”

Heifer International spent more than $22 million for printing, distribution, processing, and other fundraising-related costs. According to Heifer International’s public tax form, the organization spent $22,359,441 on fundraising alone in one year. Concerns about the priorities and appropriate use of donations apply to all animal gifting programs, but Heifer International raises special concerns because of their annual budget -in excess of $100 million a year – and their well-known luxury spending practices.

Is this where you want your donation to go, to pay for fancy buildings and expensive glossy catalogs that are shipped to tens of thousands of people who haven’t requested or even want them?

Former Indian minister for social welfare and animal protection, Maneka Gandhi, has said, “Nothing irritates me more than charities abroad that collect money and purport to give it to women or children or for animals in Asia or Africa. Very little reaches the country or the cause for which it is meant. Most of it goes toward their own ‘infrastructure,’ which means rent, staff, travel and ‘investigation.’

The Give Well charity-rating organization deemed in their evaluation of Heifer International that the organization lacked sufficient transparency and priority programming to secure positive recommendations or funding. Numerous other charity-rating organizations do not recommend Heifer International as a recipient of your donor dollars because they lack transparency and show no positive results regarding those living in impoverished countries.

Due to popular demand, A Well Fed World created a special Plants-4-Hunger  program to provide a compassionate and highly-effective gift-giving alternative.

A Well-Fed World sends 100% of your donation to four hand-picked groups with low overhead and proven successes in high-need areas. These hunger relief projects provide both immediate assistance and long-term community solutions that feed families without harming animals.

They make it easy with one tax-letter, gift card and present. You may also choose to give directly to these groups or choose from their grants list.