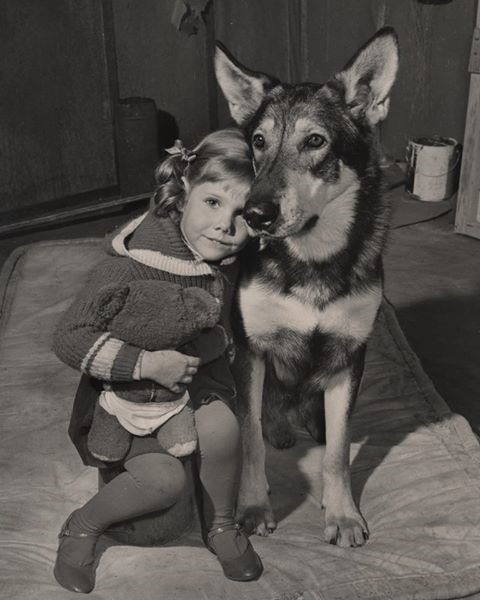 When I was four years old I guest-starred on a television show called “The Littlest Hobo.” The Littlest Hobo was a homeless German Shepherd who wandered the Canadian countryside getting involved in all kind of adventures. I guess you could say the show was Canada’s answer to “Lassie.” I played a little girl who gets lost and is found by The Littlest Hobo and, thanks to his intelligence and determination, is reunited with her parents.

Even as a four-year-old, I had a very strong connection to animals. I instinctively knew that animals were smart, loving beings. In the show, there was a scene where I was supposed to have fallen halfway down a steep embankment and was clinging precariously to a bush above a rushing river. The scene called for the dog, whose real name was London, to rescue me by clenching my arm with his teeth and pulling me up the embankment to safety. The wardrobe gal wrapped my arm in a thick bandage, concealed under my clothing and a thick sweater. I wasn’t scared, I knew I had a job to do.

In rehearsing the scene, the director explained to me that I couldn’t “help” London by using my legs to push myself up the embankment, I had to act like a “rag doll” and let London do all the work. But poor London would not clench my arm in his teeth. I’m sure he was afraid he’d hurt me. It took some doing, but finally London’s trainer got him to grip my arm with his teeth and pull me up the embankment, upon which the director called out “Print!”

When my sweater and the wrapping were removed, I had teeth marks on my arm! But I knew that the only reason London gripped me so hard, was because the trainer had forced him and belittled him to do what he instinctively did not want to do; London was a gentle soul.

If you’re looking for a companion animal like London, please adopt from your city or county shelter or contact a rescue organization; never buy from a breeder or pet shop. Five million healthy, loving, darling cats, dogs, puppies, and kittens are killed in shelters (pounds) every year in America because not enough people adopt them. When you adopt, you truly are saving a life!